Oh MLR, we have such news to give you. We know weâve been cluttering your inbox here and there with, alternately, the comings and the goings of various members of the Decemberists during their time in Hiatus Modeâ ¢, but we have a particularly juicy tidbit to impart today.

The band is emerging, jerboa-like, from their time in hibernation.

And this is no ordinary band-reemergence. No: the band is kicking off their time out of suspended animation with a gala concert event entitled âV is for Victory,â a benefit show for Victory Academy, Oregonâs only full-time accredited school for kids on the autism spectrum. Itâs to be held on May 30th at the Crystal Ballroom in sunny Portland, Oregon. Sallie Ford is opening. And in an effort to reacclimatize themselves to the new atmosphere of the outside world, theyâll be communing with their younger selves by playing Castaways and Cutouts, their seminal 2002 long-player debut, in its entirety. You heard that right, folks. Theyâll even be playing âCocoon.â We have it on good authority that they, as of press time, do not even remember how to play âCocoon.â Of course, theyâll be playing a second sets of sentimental favorites as well. No one is expected to leave unsatisfied. 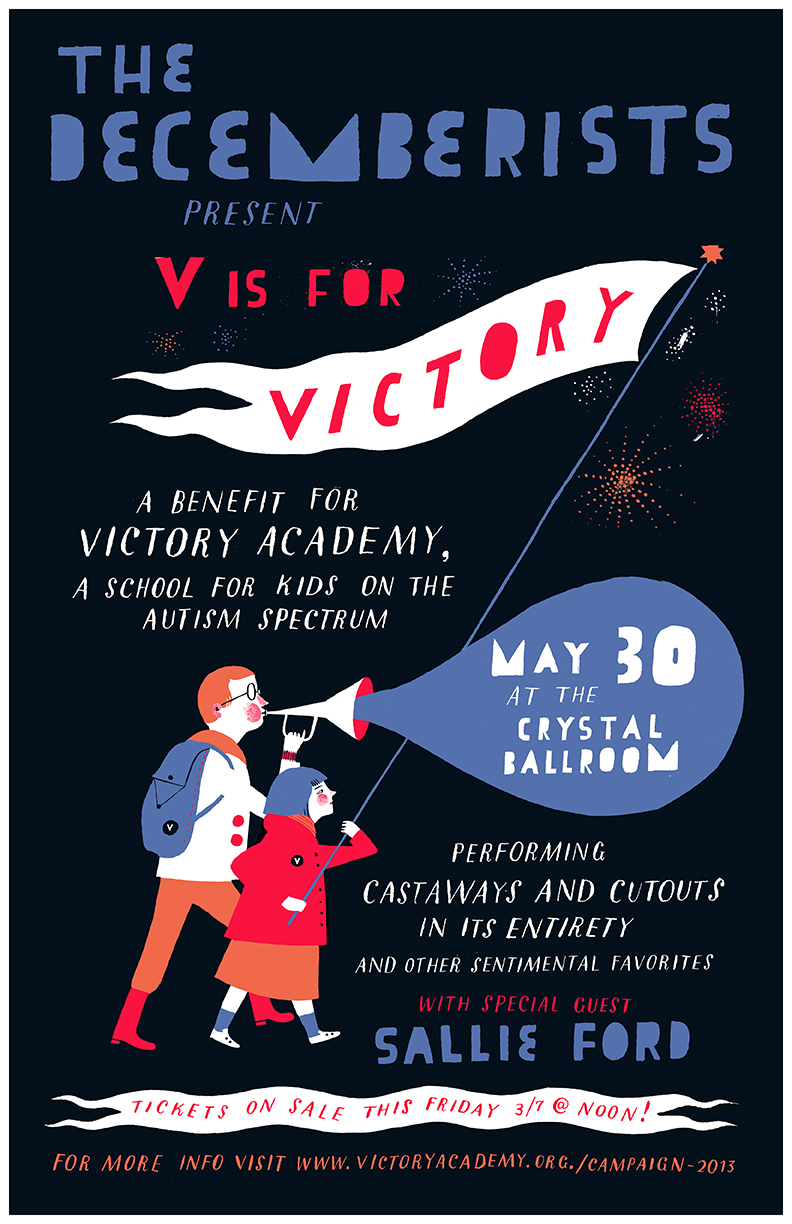 Tickets for “V is for Victory” will go on sale this Friday, March 7th, at noon PST, more info at crystalballroompdx.com. VIP tickets will also be available, which include early entrance to the show, a pre-show reception with the band (with light food and drink served), and a special limited-edition poster signed by the band.

Colin had this to say about the event and its beneficiary: âVictory Academy is an important place, a positive educational environment for kids on the autism spectrum. In a public school system that is constantly failing its most vulnerable charges, we need more and better schools catering to the needs of autistic children. Victory is such a place. The Decemberists are proud and excited to do their part in raising money for their capital campaign to build a new school building.” To learn more about the cause, please visit here.