Seems like only yesterday, AMLR, that we Decemberists arose, homonaledi-like, from the South African cavern of our hiatus and presented unto the world our 8th (Im pretty sure) long-playing record What A Terrible World, What A Beautiful World, but it was, in fact, last January.

It would be strange if it were, actually, yesterday. Because in the interim, weve toured the world*, performed on television and radio, made videos and have generally made a nuisance of ourselves in the face of an indulging public. For that, we thank you.

But to our point: you may not know this, but nineteen songs were recorded for WATW,WABW, each one of them a contender. Since there are very few records in existence that merit a nineteen-plus song tracklist (e.g. Tusk, Zen Arcade, and nope, thats it), we mercifully whittled it down to fourteen tracks.

Where did the other five songs go?

Well, since you asked, you might as well know they’ve been neatly slotted on to an EP which will be released by Capitol Records on October 9th. It will be called florasongs (a reference to that woody sanctuary that is Tucker Martines Portland studio) and here is the track listing:

You can pre-order this tasty gem RIGHT NOW, via our webshop. Purchase it on its own, if you must, or opt for one of the PREORDER BUNDLES, by which the record will arrive in your mailbox or PO address with a tastefully designed t-shirt of your size specifications. 10 vinyl or CD, folks. For the digitally-inclined, we would direct you to iTunes. Wherever you order, you’ll receive an instant download of the lead track from the EP, “Why Would I Now? 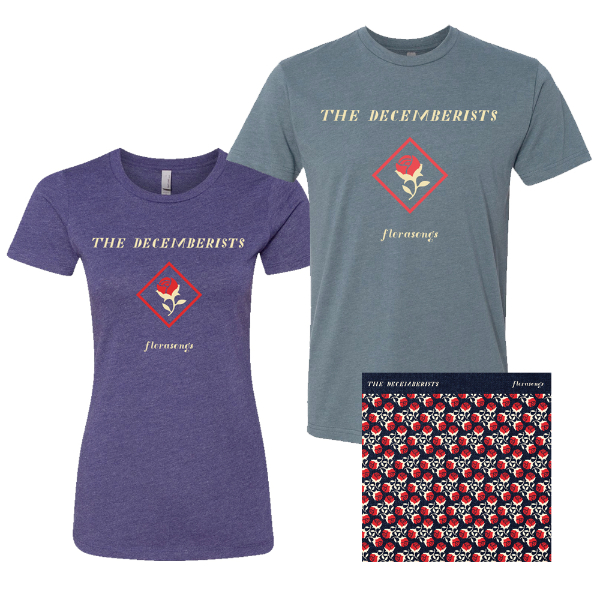 We have another run of tour dates starting in a few weeks that will lead us into the EPs release. Since we last wrote, we’ve added a show at the Capitol Theatre in Port Chester, NY on Sept 24 with Lucius and two more dates in Texas: the Majestic Theatre in Dallas on October 2 and an ACL Late Night Show in Austin on October 3. The tour also includes stops in Boston, NYC, Louisville, Indianapolis, Madison and the Pilgrimage Music & Cultural Festival in Franklin, TN and Austin City Limits Music Festival. There will be more dates to come beyond this run (perhaps a far off place that rhymes with Gosbrailia) so stay tuned for more.