We're just one week away from the release of What a Terrible World, What a Beautiful World but in the meantime, the album is now available to stream in its entirety in the US via First Play on iTunes Radio.

We've also just released the album closer, "A Beginning Song," which is now available as an instant download with your pre-order, be it through us, iTunes, Amazon, etc. Here's a video to get a bit more familiar with the track… 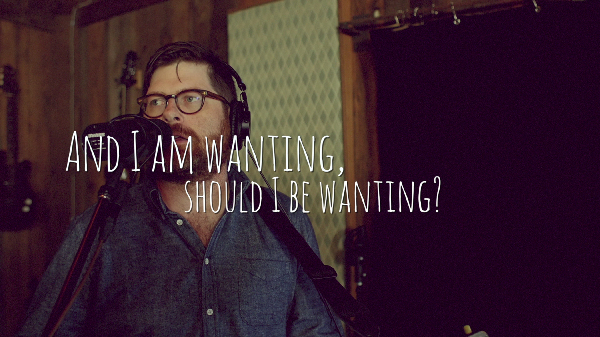 We're honored to have our release date, January 20th,  officially declared as “The Decemberists Day” in our collective hometown of Portland. We're not kidding, there's going to be a ceremony at City Hall where mayor Charlie Hales will present us with an official proclamation, penned by Lemony Snicket (so you know this is very serious). The free event, which you're all invited to, will also feature an unveiling of a collaborative art piece inspired by the album that was created by 50 local Portland artists and small businesses and we'll be performing a few songs for our new subjects. You can find the details here.

Now, if you still haven't pre-ordered the album yet (we're becoming concerned by your indecisiveness), we would like to focus your attention on what we would argue is the foremost option. The signed deluxe box – previously but a composite of digital approximations (see below) – is now a physical reality, which we set out to prove through a fittingly deluxe un-boxing video. 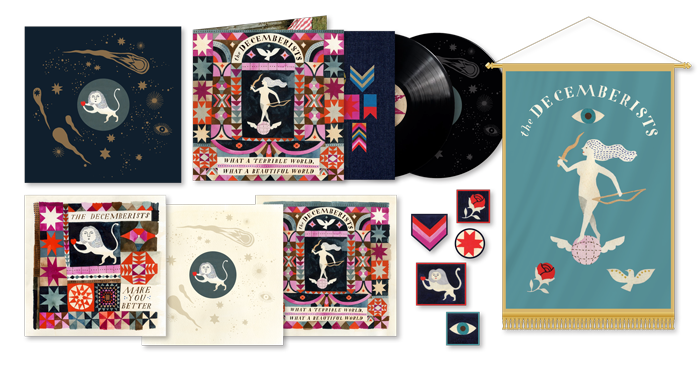 When we released the album art, many of you commented that Carson Ellis's design would make a great quilt and we couldn't have agreed more. While they are not quite finished, two exclusive hand-made quilts patterned on the album cover are in the works and you can now enter to win one of them! Here's the entry form and official rules. 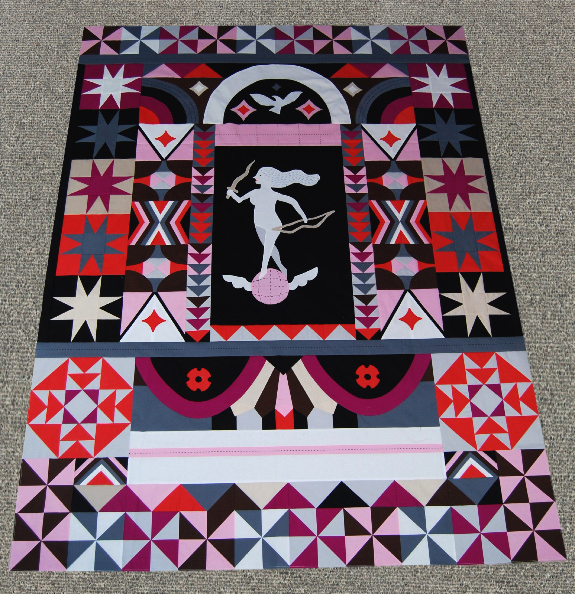 We've been teasing the second leg of tour dates and while we don't have those for you today, we can say some of them will be announced next week with more to follow in February. Not to come empty-handed, we have added a pair of festivals since we last wrote. We'll stop through Knoxville for Rhythm N' Blooms Festival near the end of the first leg and return back to NYC for Governors Ball in early June. In other touring news, we've added Serafina Steer as support to all the European dates minus Dublin.

And just to wrap up a few loose ends you may have missed: Colin recently sat down with Rolling Stone for an interview and he also compiled a TWENTY FIVE TO KEEP IT ALIVE WEIRD MIXTAPE on Spotify.

We'll be in touch next week with new tour dates and a freshly-released record!