We’ll be returning to Australia in March for Bluesfest Byron Bay! We’re performing on the 26th and 27th, visit bluesfest.com.au for details and tickets. There will be a couple other shows while we’re there but those are still a ways off from announcing.

We’re currently out on the road for our last run of headlining shows in the states for a good while. If you’re planning on coming to one of the dates, be on the look out at the merch table for the limited tour poster, designed by Nate Duval. 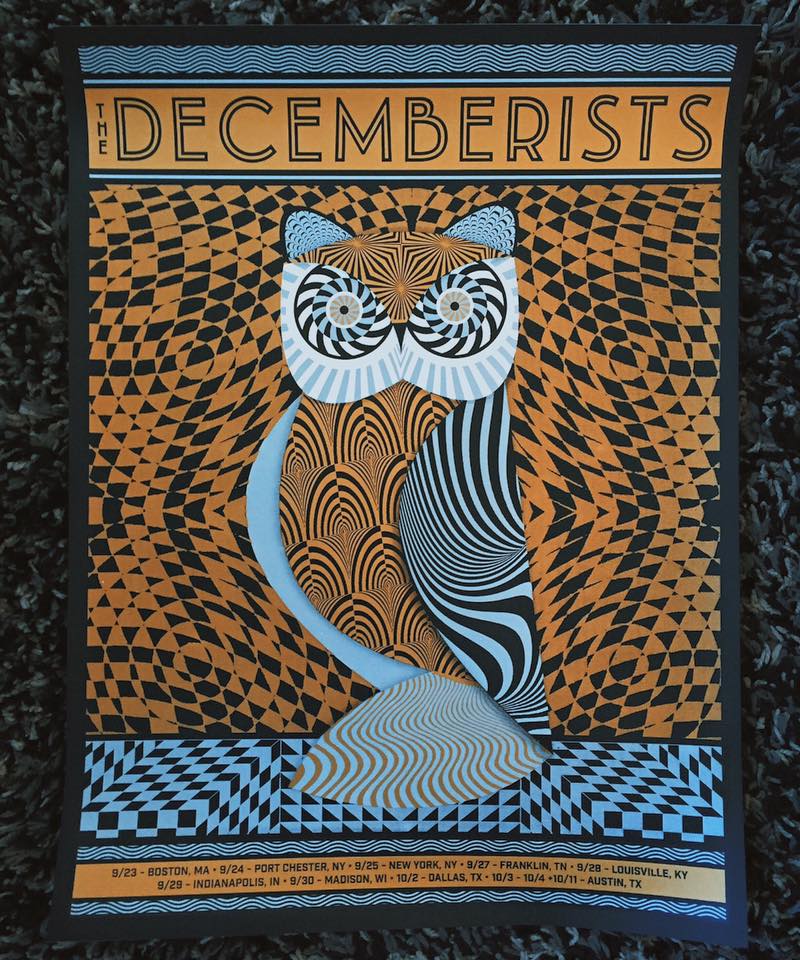 Our new EP, Florasongs, comes out next Friday, October 9, so aim to pre-order by this Friday to be sure it’ll arrive by release day. You can opt for CD, vinyl, tee bundles, or digital on iTunes or Google Play.

Jenny is releasing an album of instrumental music entitled French Kayaking Music written for the film Voyagers Without Trace by Ian McCluskey and NW Documentary. Jenny and her husband Steve Drizos have collaborated to create a group of pieces, both beautiful and haunting, echoing the sounds of France and the old west. The film tells the story of a French trio who kayaked the Green and Colorado rivers in 1938. CDs, vinyl, and a companion sheet music book will be available at the Decemberists Shop on October 30. You can learn more at the sparkling-new JennyConlee.com. If you are in the Portland area there are a few events to celebrate the release:

– The film will be premiering at OMSI in Portland, OR on Thursday, October 22. At the event, Jenny will be doing a short concert with current and past Decemberists Nate Query and Ezra Holbrook.

– Record release show will be held Sunday, November 1 at the Doug Fir Lounge in Portland, OR, with special guests Blue Cranes.

– LP to be released on VINYL TUESDAY with in-store performance at Music Millennium on Tuesday, November 24.